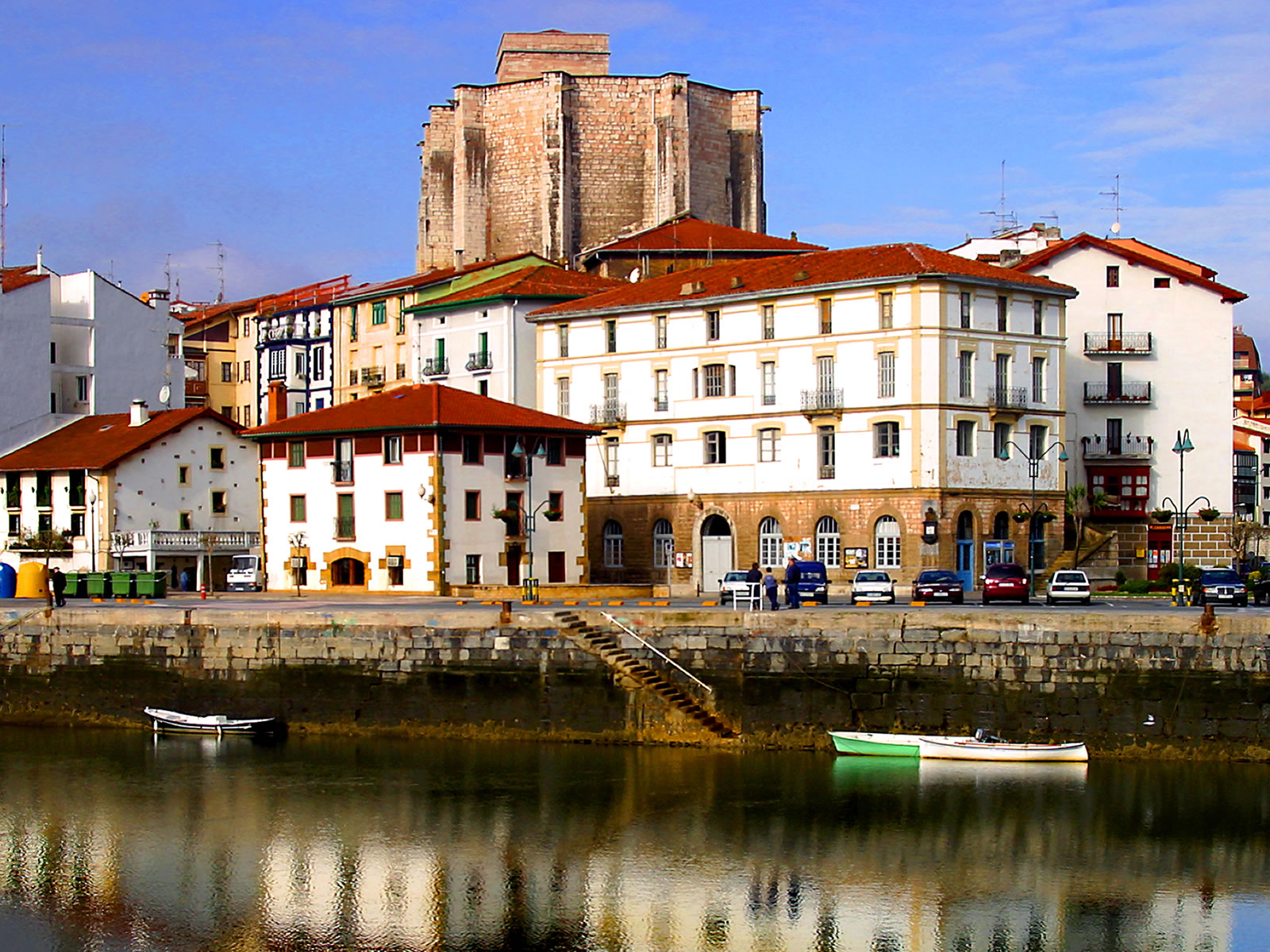 For gastronomy lovers the Anchovy Pilgrimage will take you through the seafaring towns of the Basque Coast: Lekeitio, Ondarroa and Mutriku, where fresh seafood is nonpareil. For a bit of history you can also pass through the ancestral homes of the family of Simon Bolivar.

The small town of Bolivar or Ziortza-Bolibar is located 17 kilometers from the coast between Durango and Ondarroa. In this well-hidden valley you will find the Simon Bolivar Museum that and the magical Monastery of Zenarruza.

A national monument the Zenarruza Monastery is an important stop along the coastal route of the Camino de Santiago where many pilgrims stop for the evening to rest. The complex includes a fifteenth century Gothic Renaissance church, a beautiful mid-sixteenth century cloister and other building that supported the daily life of the monks that lived here. The visitors can purchase traditional baked goods.

From Ziortza-Bolibar continue 17 kilometers passing Markina toward Lekeitio. The winding road leads to the quaint fishing town of Leketio with excellent beaches for swimming during the summer.

Sitting serenely between two mountains, where the river Lea meets the sea, Lekeitio is located in a picturesque rural setting. The two beautiful beaches Isuntza and Karraspioare separated by San Nicolas Island which you can walk to during low tide.

Next to the lively fishing harbor is the Casco Viejo, or old town of Lekeitio filled with artistic heritage, noble houses, palaces and the impressive Basilica of the Assumption of Mary with its magnificent gilded gothic altarpiece.

Fourteen kilometers and 113 winding curves separate Lekeitio from Ondarroa, the two cities are historic whaling rivals, many years ago the whales came so close to the coast that the townsfolk could row out to find them.

Ondarroa is a major fishing port and canning town. Guarded by the fifteenth century Church of Santa Maria and the Likona Tower, Ondarroa’s narrow streets, homes and old quarter have been shaped by the city’s close ties to the sea. The tourism office is housed in the former Fishermen’s Association. Nearby the Old Port of the city built in 1795 is still in use. You will also find El Puente Viejo or the old Roman bridge, when it was originally built any boats going up stream and livestock owners that crossed the bridge had to pay a toll for passage.

Ondarroa Port, is one of the largest in the area measured by the volume of its catch. When the ships arrive in port they unload their catch and it is weighed and auctioned right on the docks. Due to heavy traffic the port has gone through many renovations in the past few years including a new bridge designed by Santiago Calatrava, and the expansion of the docks.

One of the best festivals celebrated in Ondarroa is Anchovy Day, held the second Saturday in May. The town is filled with contests, tastings of anchovy skewers, theatre, food fairs and concerts on the beach.

To the right of the Ondarroa is a boardwalk that leads to the Saturraran beach which belongs to the neighboring municipality of Mutriku, this is the border between Gipuzkoa and Vizcaya province.

Mutriku is one of the best preserved medieval towns throughout Gipuzkoa. Walking along the narrow cobbled streets that wind their way down to the fishing port, you will find palaces and manor houses of great architectural interest.

In the Txurruka Plaza visitors will find the Bentalekua museum, celebrating the relationship with Mutriku and the sea.

In late April or early March Mutriku celebrates the Festival de Verdel or mackerel, it’s an entire day dedicated to the mackerel fish, an initiative started by the Association of Fishermen of San Pedro. The main objective of the festival was to promote the qualities of the mackerel fish during its peak season, it has grown very popular with locals. Mackerel are well known for being rich in Omega 3 and tasty grilled up or served in pintxos. During the fiesta up to 150 volunteers take part in serving over 4,000 kilos of mackerel and almost 100,000 pintxos to attendees, all the local bars serve up their own version and the ambience is festive. Go early and enjoy one of the most unique fiestas of this region.

Next The Cider Route