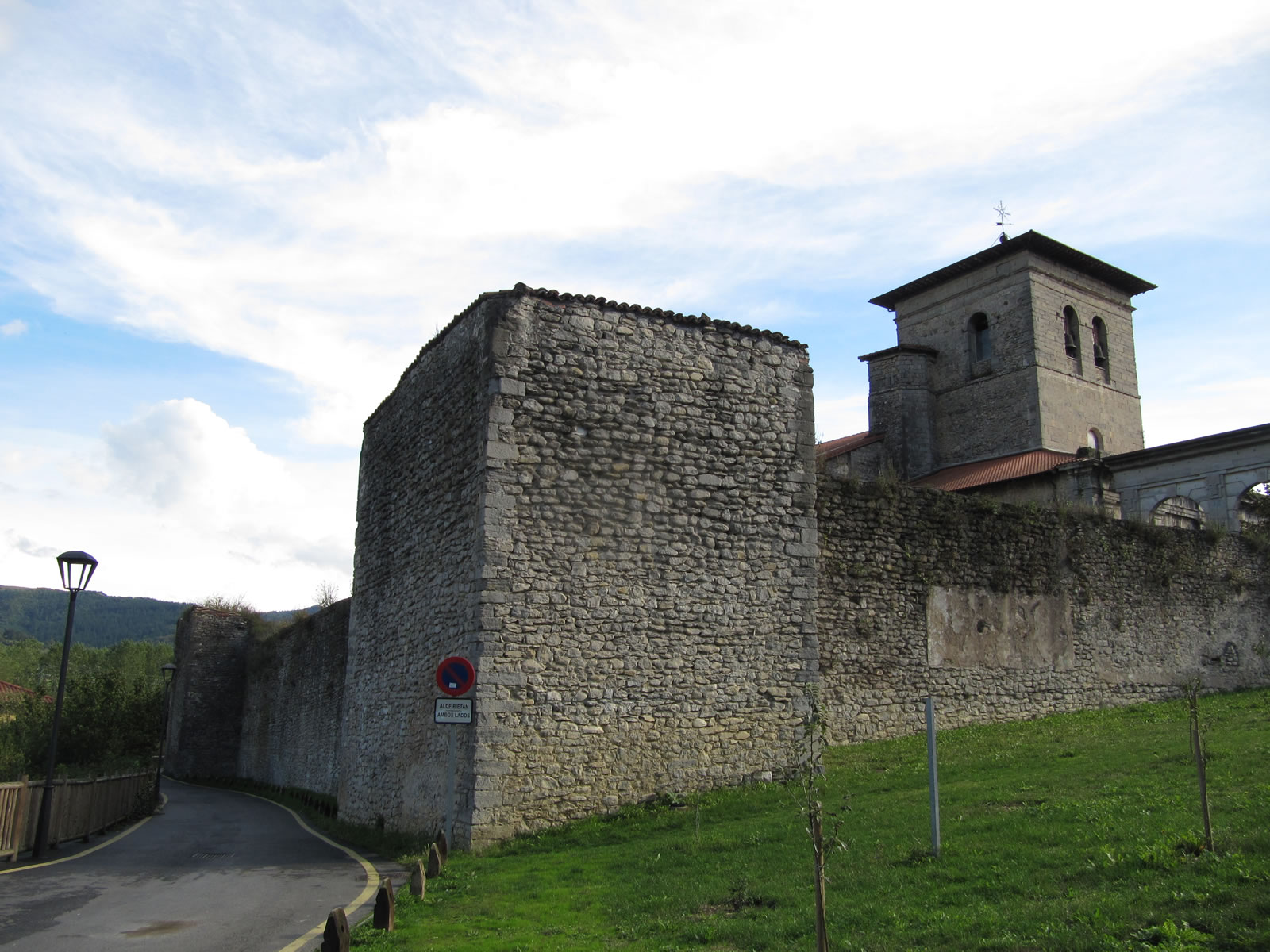 Orduña and the Birthplace of the Nervion River

Orduña’s natural boundaries and rich history make it a unique area to visit. On a map Orduña, is an isolated region of Bizkaia completely surrounded by the neighboring province of Burgos. Referred to as the “Birthplace of the Nervion River” this area was an important center for trade with Castilla and for centuries it was the only recognized “city” in the Lordship of Biscay.

Within the city’s historic walls, Orduña is home to important civil and religious monuments including the gothic Santa Maria Church, the baroque Sagrada Familia Church and the palaces of Ortés de Velasco, Mimenza, Diaz Pimienta and the Town Hall. In the Plaza de los Fueros you will find the neoclassical Aduana building which was once the fiscal office, today the building has been converted into a spa and hotel. Due to its rich heritage this area has been declared a Conjunto Histórico-Monumental for historical and monumental importance.

Walk to the outskirts of the city visit the monasteries of San Francisco and Santa Clara, which played an important role in the cultural life of Orduña along with the Sanctuary of Antigua, it is worth it to walk up to the sanctuary past the gardens.The traditional pilgrimage to this shrine takes place every 8th of May and is one of the most popular festivals in the region known as Ochomayos.

The Sierra of Orduña

The natural surroundings of Orduña are breathtaking. Nestled in the foothills of the majestic Sierra Salvada the snowfall and rainwater from this range is also the birthplace of the Nervión river which travels down to Bilbao and out towards the sea. During winter months visitors can witness a spectacular waterfall here.

To get to the Nervión vista point, drive up Santiago mountain along a winding narrow road. At the top you will be rewarded with sweeping panorama views of the area. For a view from the bottom there is a pathway that travels through the Delika Canyon.

Other worthwhile landmarks include the mountain peaks of Tologorri and Txarlazo, with their lush beech forests. Birdwatchers will also be interested in this area and special tours can be arranged.

Orduña is also part of the Basque Txakoli Route. The slopes of these great mountains have historically been occupied by farmland and vineyards. The Gure Ahaleginak winery dates back to the fifteenth century, the vineyard and facilities can be visited to experience the local txakoli “white wine”. Prior booking is recommended.

What to see near Bilbao: The Uribe Kosta, Coastal Route