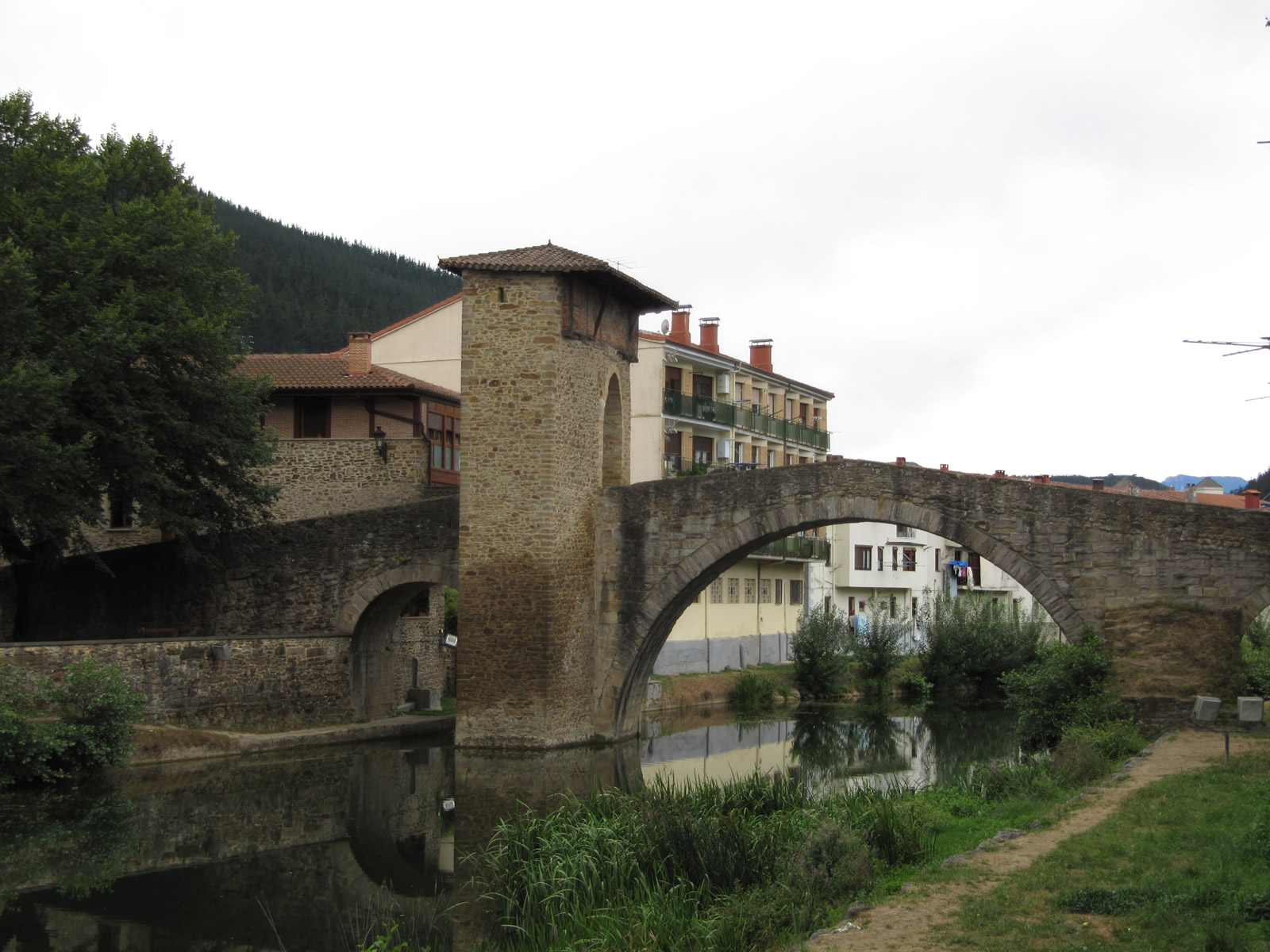 Balmaseda, Artziniega and Valley of Ayala

The putxera route is an area that you will find untouched by mainstream tourism but home to cultural treasures for those that know where to look. These rustic valleys, jagged mountains and traditional houses have been an important passage way for hundreds of years connecting the Basque Country with Castilla and La Mancha and other provinces.

Start at Balmaseda, the first town founded in Bizkaia in the year 1119. Today it is the capital of a region called Encartaciones. For many centuries Balmaseda was one of the most important commercial routes that connected the neighboring provinces, and it also sits along the route of the well known Camino de Santiago.

Along the Kadagua river you will encounter the old bridge, Puente Viejo built in the thirteenth century. The tower here was a passage way into the region where traders had to pay a fee for the products that were brought in and out.

Balmaseda has a rich cultural history, the churches of San Severino and San Juan, the Convent of Santa Clara and the palaces of Urrutia and Horcasitas built around the fifteenth century guard a long history. The town is also famous for its peculiar festivals, on San Severino celebrated on 23rd of October they organize a contest for the best putxeros, during Holy Week elaborate religious parades are organized, like the Via Crucis Viviente and in May the city hosts a popular medieval faire in the old town.

Other things to do include visiting the Museum of Boinas La Encartada, located in the original factory which was the main producer of the typical Basque woolen hats. The factory was in operation from 1892 to 1992, and is one of the most well preserved examples of the industrial revolution in the area.

Only 12 kilometers from Balmaseda in the province of Alava, Artziniega is a small town with a wonderful old quarter. With a population of 1900, this small town is off the beaten track but has much to offer. Surrounded by mountains, with a river running through it, the city is surrounded by natural beauty and a historic casco. Along this medieval route, many noble families of Bizkaia built palaces and defensive towers. It also hosts a medieval faire in September where locals dress in traditional costume and you can buy local made products and food.

Strategically located along an ancient trade route, you will find almost 47 noble palaces with coats of arms and defensive towers within the walls. Notable buildings include the Torre Bengoa, dating back to the fifteenth century, the Convent of the Augustine Madres, which houses a medieval cloister, the tower of Ortiz de Molinillo-Velasco (now a hotel), the baroque palace of Aranguren-Amezola and the parish church of Our Lady of Assumption.

One kilometer from Artziniega is the Santuario of Our Lady of Encina, one of the most impressive churches in Alava. Built in 1498, next to a 500 year old oak tree. According to legend, it was here where the Virgin appeared, the location continues to draw religious followers to this day.

Artziniega is one of the 24 towns found within the Ayala Valley, naturally protected by the impressive Sierra Salvada mountain range. At the foot mountains you will encounter many ancient casa-torres or tower houses. One impressive example is the Quejana monument, this complex belonged to the Ayala family of the region. It includes a defensive palace, convent, tower and the chapel of the Virgen del Cabello – where according to some inside a lock of the hair from the Virgin Mary is kept.

Putxeras, a meal fit for a king

Over the course of the nineteenth century steamtrains powered by coal were used to transport goods through the Basque region. La Roble is a famous steam train route that was used to transport goods from Leon and Palencia to Bilbao.The ingenious engineers and conductors of these trains eventually mastered the art of preparing an affordable hot meal during these long and tiring routes. They would use the same hot coals to power the train to heat and cook their meals, during the cold winters they would make delicious hearty stews. Large metal or clay pots called, “putxeras” would be placed over the hot coals and laden with beans, tocino, chorizo, ribs and morcilla in the morning. By lunchtime, the slow cooked beans and tender meats would be simmered to perfection. The popularity of this style of cooking persists until today, called “alubias in putxeras” the traditional cooking vessels can still be found in some homes and in outdoor picnics. When visiting this region, be sure to look for alubias on the menu and be prepared for a hearty meal.

Next The Medieval Trade Route