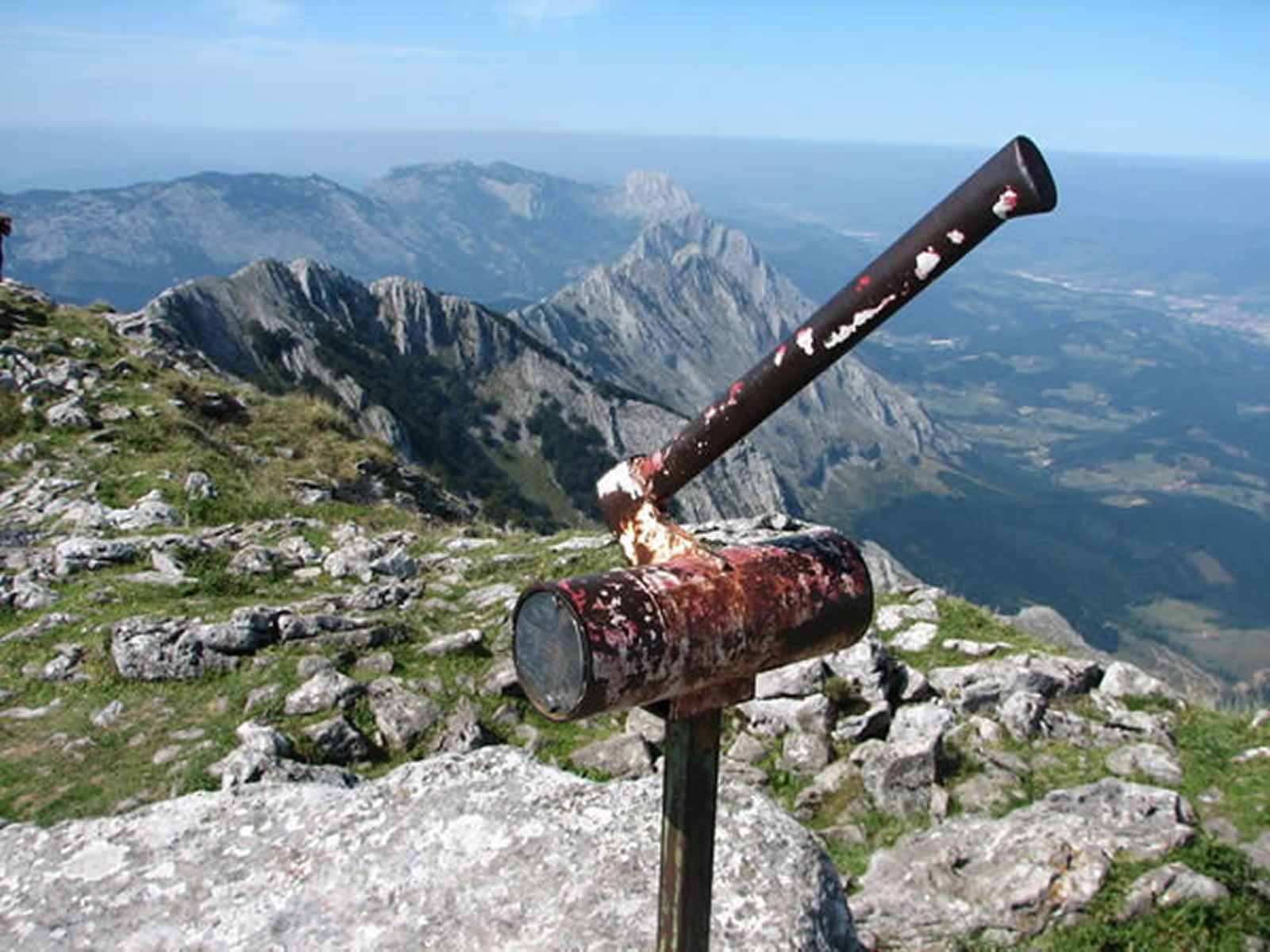 Less than one hour drive from Bilbao sits one of the most emblematic mountain ranges in the Basque Country, Amboto. Located inside Urkiola Natural Park there is the Urkiola Sanctuary Church and 5,768 hectares of protected land with breathtaking views of the Amboto mountain and the valleys below. For those who want a real taste of Basque culture, get out of town and go for a hike.

This area is rich with cultural history, local legend and folklore. According to Basque mythology Amboto (Anboto in Basque) is a sacred mountain where the goddess Mari, protector of the earth lives. Myths surrounding the mountain and the enchanted creatures that inhabit the forests from the Basajaun, a friendly big foot, Iratxoak, forest imps, to Odei, the spirit of thunder. Indeed the limestone massifs, caves and curious rock formations of this area let the imagination run wild. Locals say that Mari had two children Atarraby and Mikelatz, who represented the ongoing battle between good and evil. Legends of Mari passed down from Basque folklore explain that she lives in a cave at the summit of Amboto. Early human remains from the Neanderthal period have also been found in this area, adding to its lore and ancient history. While much of Basque mythology was lost as Christianity took hold over the region, tales and folklore persist from a time when the mountains, the sea, the clouds and the land held mystical powers.

From Bilbao or Vitoria take the BI-623 highway to Durango. It will take you to the parking lot at the top of Urkiola park where you will find the Santuario de Urkiola church and a small handful of restaurants.

Head up to the sanctuary and park at the lot on your left to start the hike, to find the trail head continue 100m up from the road to the stone gravel trail. This pedestrian only trail takes you gradually up, after 4 kilometers you should hit the Pol-pol fields where you can rest and have a picnic. The area is often used by local shepards so don’t be alarmed if you find yourself in the middle of a flock of sheep, cows or horses. There is also a fountain here, the water is potable but be warned that it has a strong iron flavor as it runs fresh from the mountains which are rich in iron.

Continue the hike up the trail and you will find mountain shelters and an old abandoned mine. After another kilometer you will encounter a cross road with three intersecting paths, Anboto is 0.9 km from here to your left. Turn back here if tired or continue on if you are prepared to summit.

The last section of this climb is more challenging and not for the faint of heart as it closely hugs the cliffs and rocks. If you reach the summit at 1331 meters you will be rewarded a view of all of Vizcaya, part of Alava and Gipuzcoa in the distance, perhaps you will get a glimpse of Mari as well?

Difficulty: Easy until Pol-pol fields and fountain. Medium to hard final climb due to steepness to reach Anboto