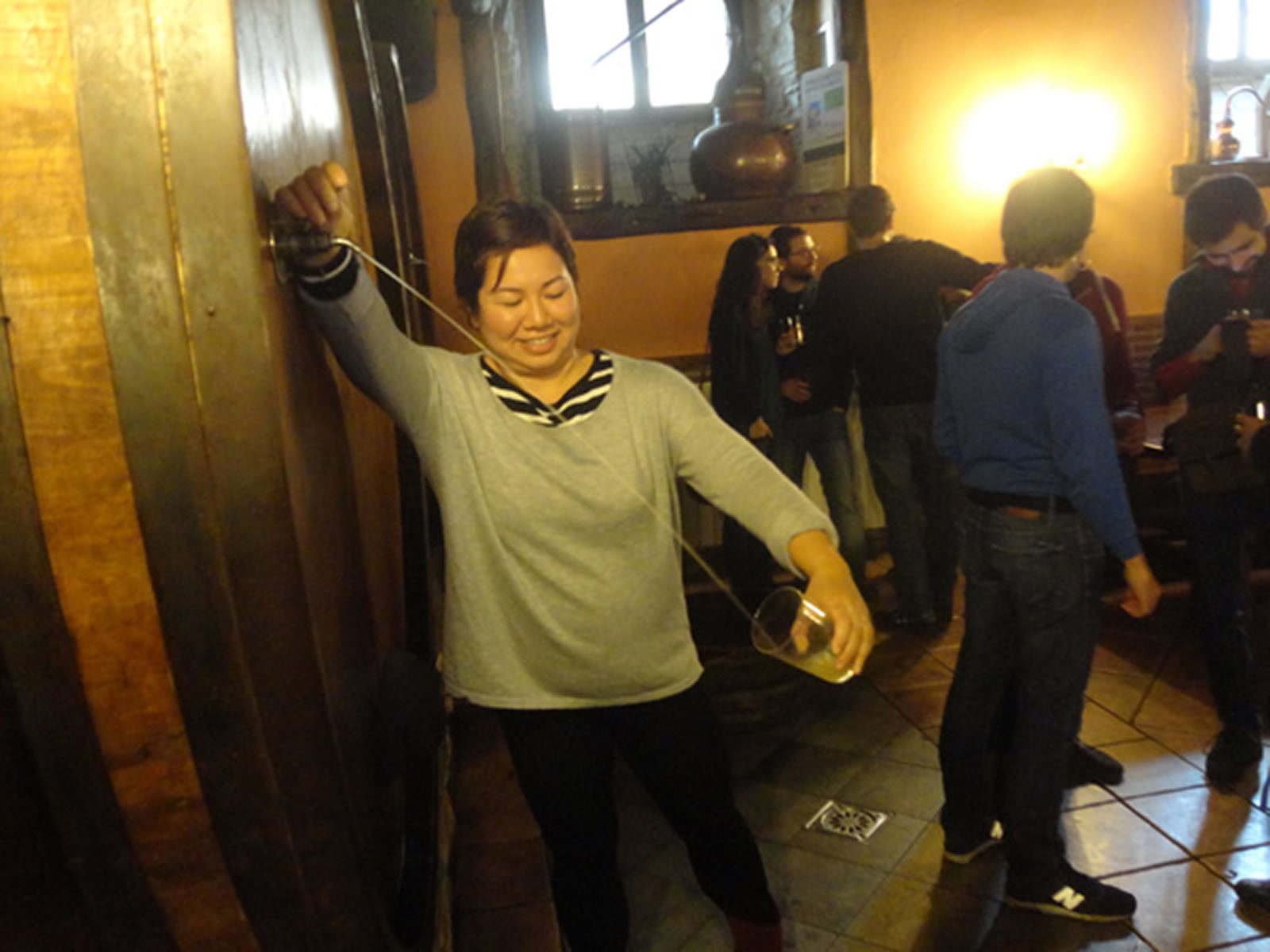 The Basque Country is a land of deep-rooted traditions and sidra or ‘sagardo’ in Basque is not to be missed. Hard apple cider, or sidra dates back to medieval times, back in the 12th century it was more popular than wine in Europe. Produced in Spain primarily from the Asturias and the Basque regions sidra is still a popular drink during local festivals.

Basque sidra is made from low-sugar local crabapples. It has a welcoming tart, dry taste without the sweetness, it goes well with savory dishes.

The very first written references of sidra were recorded in the 11th Century; the King of Navarre Sancho III sent his envoys to the local monastery of Leire to retrieve some of their famous hard cider. The Basque region during this time was a land covered with apple trees, and its inhabitants were known to grow and drink excellent cider.

In the 15th and 16th century, whaling and codfish vessels that traveled to distant seas of Greenland and Terranova filled their bodegas with sidra. Numerous references to sidra are recorded in maritime records. Sailors preferred to drink sidra rather than water because it kept better without spoiling. Beyond the alcohol content, the drink’s high vitamin C also helped to prevent scurvy.

How is sidra made?

Eusko label sidra is made from 100% locally grown apples. The apples are harvested in October from the steep hillsides. They are washed, chopped and pressed. The juice is then kept to fermented in barrels, without any added sugars or gases, everything is natural.

Sidra season officially opens from mid-January and lasts for four months to late April or May. During these months groups of locals flock to popular cider houses, called Sagardotegi’s to enjoy sidra straight from the barrel. It is supposed to be served poured out about a foot or so above the glass in a slow stream —creating a light effervescence. This can be done straight from a barrel, or with practice at arms length from a bottle held high up in the air.

What is a Basque Cider House?

Sagardotegi’s or Basque Cider Houses are usually found in traditional farm houses and serve all you can drink sidra with a hearty menu of local specialties. Some houses are over 300 years old adding to the rustic ambience. Culturally sidrerias are very social meals, tight knit groups of friends chat and mix with other tables. Entire groups get up to fill their glasses at the barrel called the ‘txotx’, when the word txotx is called out, tables line up for a fresh pour. Singing, dancing and hearty food offer a warm atmosphere and an excellent glimpse into local culture. The official sidra day is celebrated on July 26 the day of Santa Ana in the city of Astigarraga. Some sidrerias serve traditional menus all year round. During peak season a reservation is highly recommended.

A tortilla of bacalao omelet

Quince jelly, local cheese and walnuts – all local staples harvested or produced nearby.