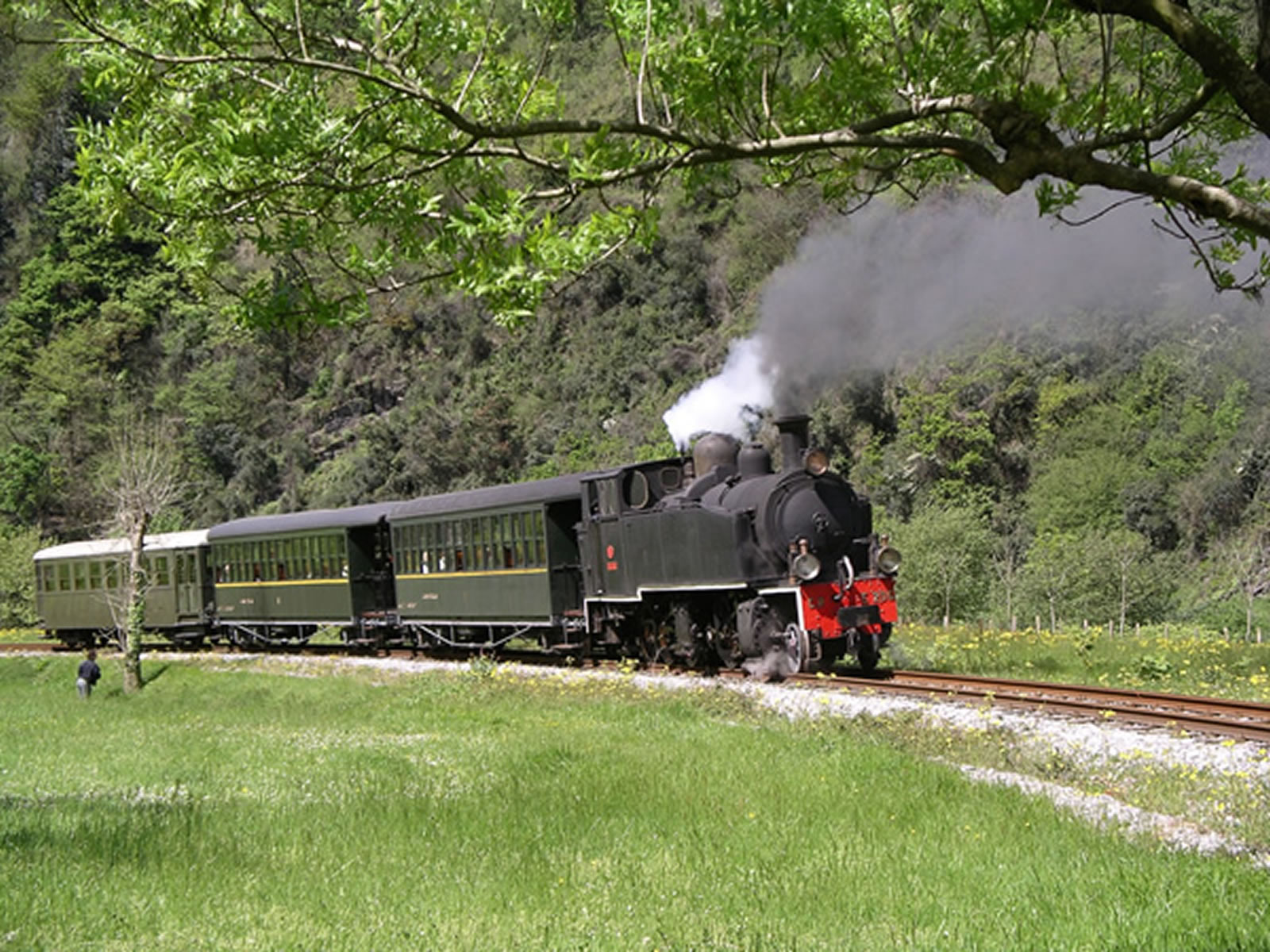 Welcome to a time when the locomotive was the principal form of transport across Europe, fueling the industrialized era, the steam train represented progress and industrialization.

The History of the Steam Train

The Basque Country was an important source of iron and minerals that was used to build many parts of modern Europe. To get this raw material from the mountains to the sea, the locomotive was the ultimate workhorse. Steam trains were the most common means of transport from the early 19th century until the middle of the 20th century, used to transport valuable mining resources to the sea, bring people and workers to the region. To this day trains remain a huge part of the Basque industrial legacy, companies in the region are global leaders in modern transportation systems and logistic expertise. A heritage that was built on the railroads.

To witness first hand and learn more about the railroad era, take a visit to Azpetia where you will find one of the most well curated train exhibits in Europe. The Basque Railway Museum is a treasure trove of history with a fantastic collection of trains, carriages, engines and railroad history from across the century. Here you will find thousands of pieces from around the world including unique treasures and hard to find antiquities waiting to be discovered.

Another activity for visitors is to hop on a restored steam train for a ride, in the Urola valley, a steam train from 1898 still runs for tourists. Reopened in 1998 after heavy restoration, the 10-kilometer ride will take you from Azpetia to Lasao. The train is called ‘Aurrera’, which in Basque means to move forward. The engine uses carbon and boiling water to create steam. The wagons built in 1925 can fit up to 100 passengers, the ride passes through a beautiful valley filled with traditional homes, mountains and fields. There is also a bridge, 40m up and a tunnel. Be sure to check the schedule and website for details as departure times will vary according to season.