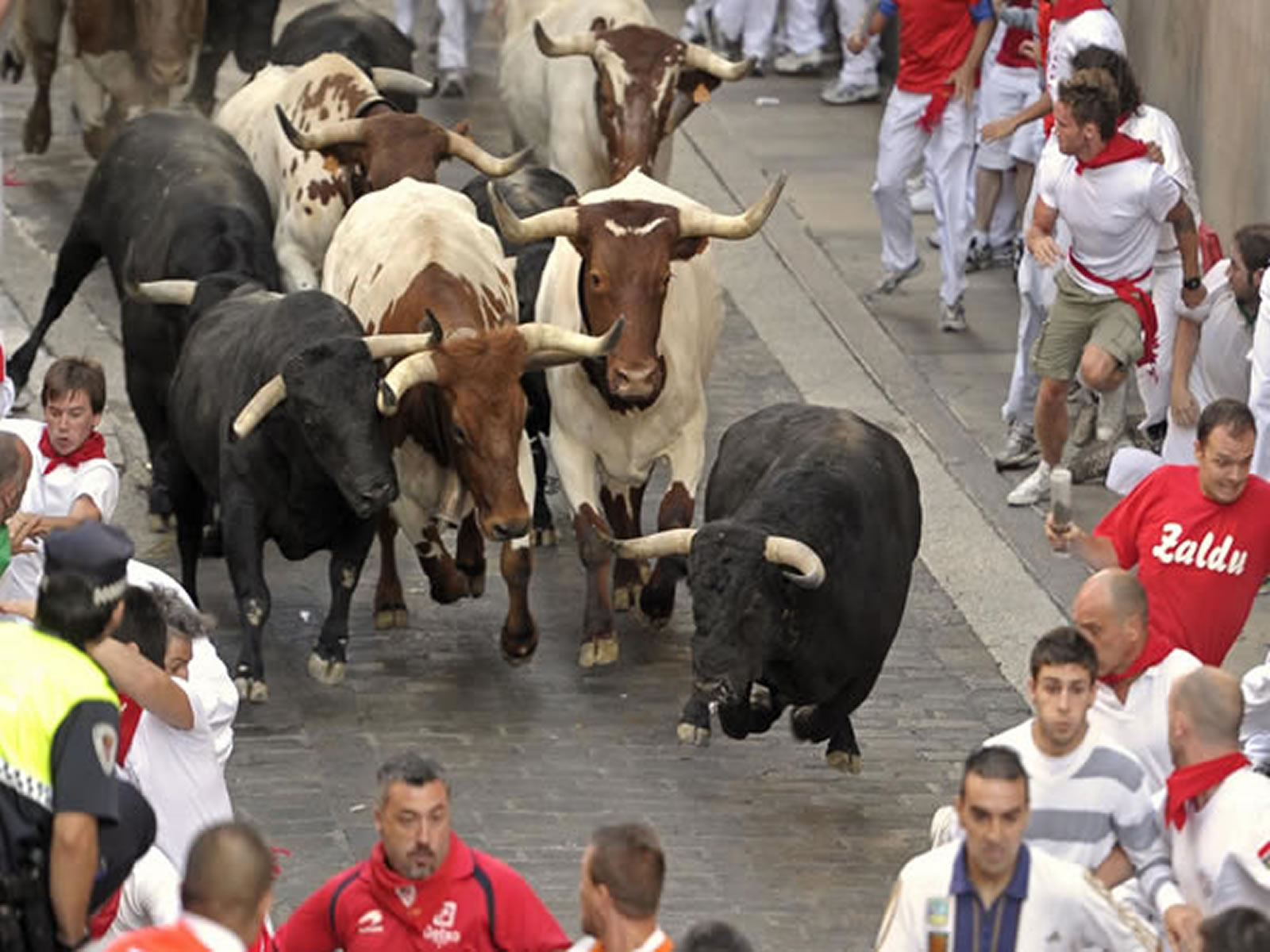 San Fermines or the Running of the Bulls is a world famous celebration held in Pamplona, Iruña every summer. Made famous by author Ernest Hemingway, who wrote about it in ‘For Whom the Bell Tolls’, the festival brings together rich cultural tradition, music, sport and revelry in both locals and visitors.

Celebrated in honor of San Fermin, the patron saint of Navarre, the origins of the festival date back to the 12th century. A relic of St. Fermin, who was martyred in the city of Amiens, was brought to the city by Bishop Pedro de Artajona. The religious aspect of festival is represented by the figure of St. Fermin, religious processions and charity activities such as lunch for the poor paid for by the city council.

Another important aspect of San Fermin was the pagan tradition of coming together to celebrate cattle fairs and bullfights, which date back to ancient times. Farmers, merchants and locals would gather to show off their best animals during fiestas. Cattle farmers and herders would bring their best animals to town to sell, to show and to compete. The animals would wait in the outskirts of town until the day of the bullfights when they were lead by pastors through the streets of the Casco Viejo. This tradition of bringing cattle throught the streets continued uninterrupted over the centuries and it eventually lead to the bull run we know today as people, animals and festivities combined in the narrow streets of Pamplona.

San Fermines begins around the 6th of July at noon in the city hall plaza with what they call a ‘chupinazo’ and lasts until the 14th of July at midnight. Every morning at 8 a.m. the bulls are lead through the old part of the city to the bullring. For 849 meters hundreds of thousands of spectators and runners crowd the streets to watch this spectacle of pure adrenaline. Locals prepare for months and run in front of the bulls to lead them to the ring, foreigners and visitors also take part at their own risk. There are strict rules of engagement when it comes to contact with the bulls, often times spectacular accidents occur as there is a huge risk in running with such powerful and aggressive animals. Despite the danger, the fiesta continues non-stop from morning to evening and repeats itself each day.

Get in touch if you would like to organize a trip to San Fermines, we recommend planning well in advance as hotels book up to a year in advance for coveted spots.