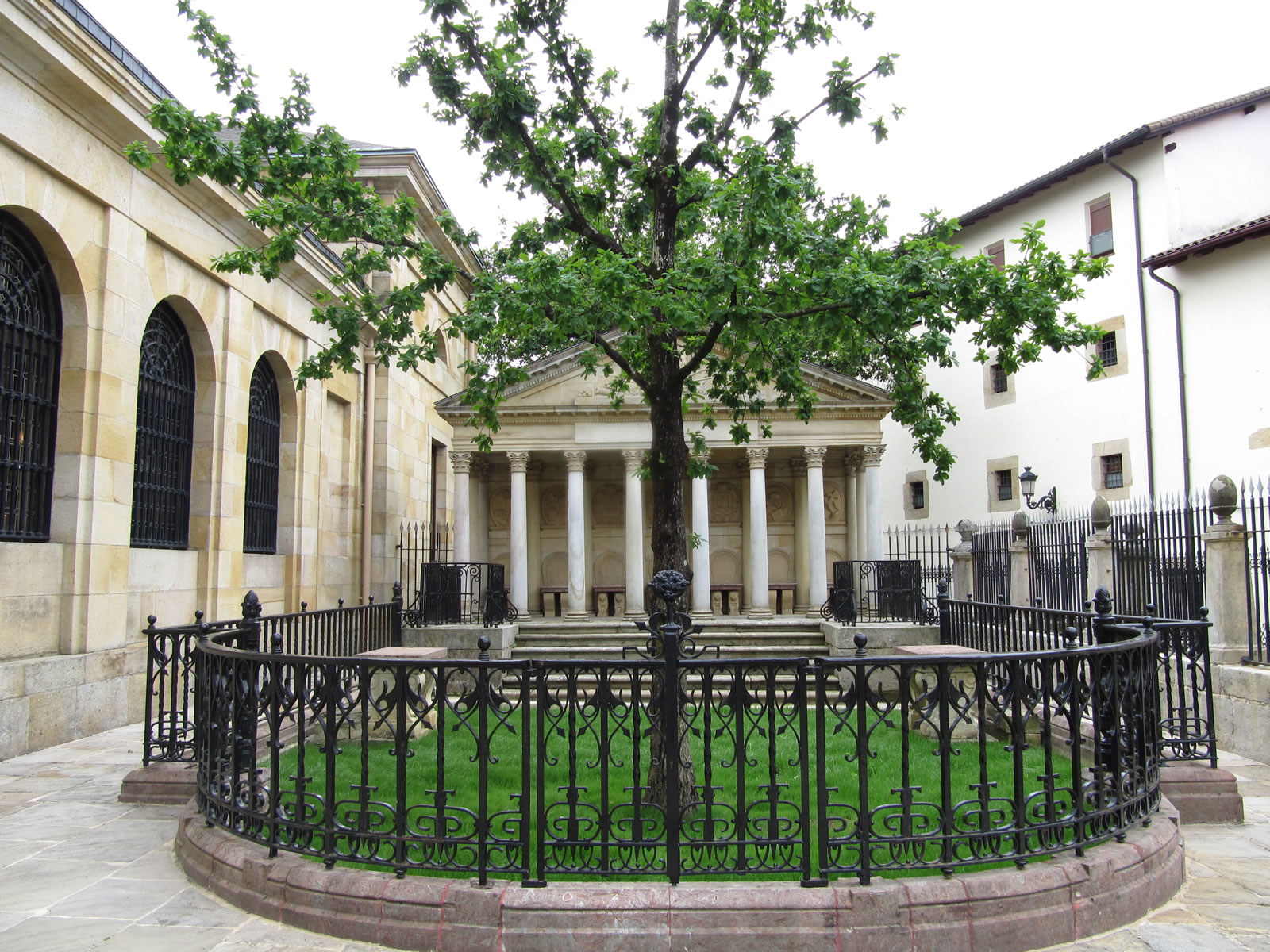 Guernica is one of the most well known landmarks in Basque history. Founded in 1366 by Count Don Tello of Castile, this town has been the political center of Basque politics for over 700 years.

The Tree of the North

The “Tree of Guernica”, a holm oak tree, was upheld by the citizens as a symbol of the Basque country’s political power. It is said that agreements made under the tree would be honored by the people. Since the fourteenth century, regional lords would gather underneath this tree for all significant political matters. These assemblies determined laws of the land and enforcement of those laws. Its importance was such that Spanish kings and monarchs made special homages to the Tree of Guernica and swore oaths to respect all laws passed beneath its branches.

Because Guernica was celebrated as a representation of Basque liberties, it became a prime target for the Franco regime during the Spanish Civil War. On April 26, 1937, the Condor Legion began heavy air strikes on the town which lasted more than four hours. With over forty tons of bombs dropped, these aerial strikes destroyed over 75% of the town’s buildings. Perhaps one of the most devastating outcomes was that the attack was planning for a Monday, well-known as the “market day” when the concentration of gathered civilians would be at its highest. Although the deliberate planning of this cruelty is often debated, it garnered international criticism and attention. One of the most famous works that recall this tragic event is Picasso’s Guernica, painted in 1937.

A cultural symbol of the independent and proud Basques, the Gernika tree and Casa de Juntas have served as an important meeting place since the middle ages. The current building was constructed in 1826 and serves as a meeting place for the provincial government.

Inspired by the tragedy of the bombing of Gernika, this museum invites visitors to reflect on the meaning and importance of peace.

Located in Gernika, next to the Casa de Juntas and Peace Museum is the Euskal Herria Museum. The museum tells the story of various aspects of the history of Basque people including the regions physical, political and economic history. Information spans architecture, language and culture over a period of 150,000 years.

Held every Monday of the month from 9 a.m. to about 1 p.m., local producers bring their agricultural products into town for sale to the public. From local greenhouses and small farms you can find the freshest vegetables, fruits, flowers, cheeses and products in colorful array.