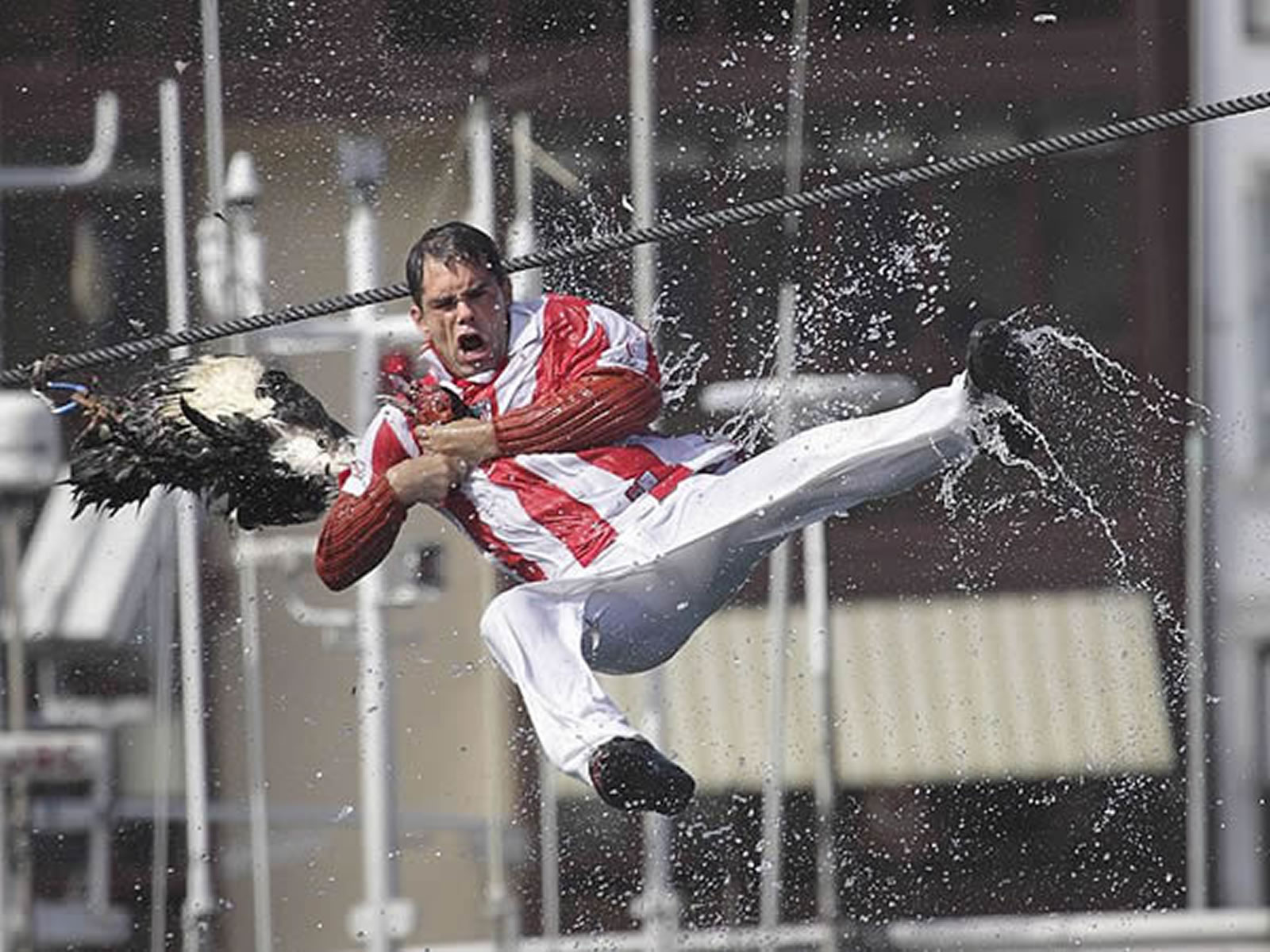 The Day of the Goose

In the beautiful coastal town of Leketio, a peculiar competition is celebrated every first week in September during the festival of San Antolin. The Day of the Geese, or Antzar Eguna, is a 300 year-old competition between the young men of the town who must attempt to break the neck of a goose suspended on a rope above the town harbor.

Thousands come from all over to witness this one of a kind tradition – the locals dressed as Arrantzales or Basque sailors all wear maritime blue, they take to the port in fishing boats, where in the middle of the harbor is a goose hanging on a cord waiting for them. The goose has been coated in grease. A lottery system is drawn previously to determine who goes first, and in order one young man from each boat approaches the hanging goose and clings on to its neck for dear life. The party then begins as both boy and goose are lifted out of the boat and sent bouncing up and down. Spectators on either side of the harbor pull the rope taught and then let it fall slack, dunking the participant in the bay. Like a bungee cord, the duo are flung up in the air and into the water multiple times.

This carries on until the young man has been shaken loose – in which case the next participant takes his place – or he has successfully removed the head of the goose. Any dispute is resolved by a rowing race around San Nicolas Island in the middle of Lekeitio Bay. As a prize, the winner of the competition gets to keep the goose.

The fiesta takes place around the 5th of September from about 4 p.m. to 7 p.m., about 80 boats participate in the festivities.