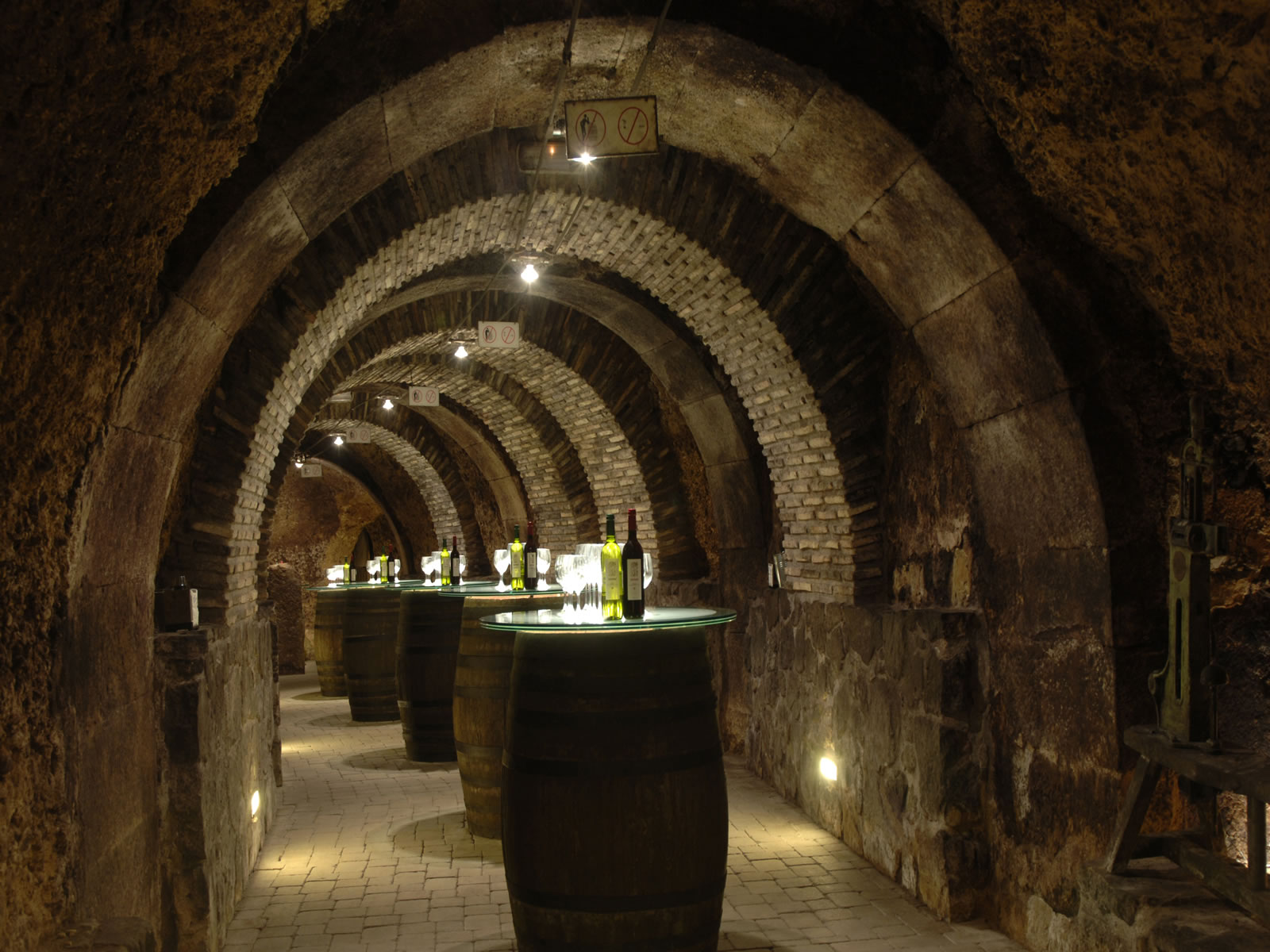 Ever want to travel back to Medieval times? The walled village of Laguardia is a beautiful village in Rioja-Alavesa that captures the imagination. It sits on top of a hillside and the stone bricks and narrow streets date back to the 10th century.

From the Sword to the Pen

Walk through the streets and soak in the nostalgia of a time when kings and queens ruled this land. Used as a military fort by King Sancho Abarca, the original walled city dates back to 1194-1234 when it was constructed by the Navarra King Sancho el Fuerte. The tall city walls have played a strategic roll throughout history, during the early days of the Kingdom of Navarra and later on as part of the Kingdom of Castilla in 1461. One of the town’s most famous inhabitants was Félix María Samaniego, a noble born writer known for his fables. A winery in town, El Fabulista, tells of his stories and gives visitors tours of the bodegas that were once part of the family estate.

Underneath the walled city is an impressive system of tunnels carved into the hillside where residents would hide when under siege, store provisions and arms. Nearly a thousand years later several of these tunnels are still in use today. Some tours are available for visitors.

The imposing tower was built in the 12th and 13th century as a defensive point for the northern part of the wall. Its name was given because it also served as the home for the monks of the monastery located next to the tower.

Located at the northern point of the city, next to the tower, it is believed that this was once a monastery of the Knights Templar. One of the outstanding features of this church is the beautiful wooden polychrome portico from the 17th century. Inside the church Renaissance and Gothic architecture take you back in time.

We organize group day tours of La Rioja Alavesa that include wine tasting, visits to Laguardia and lunch. Get in touch for more information.