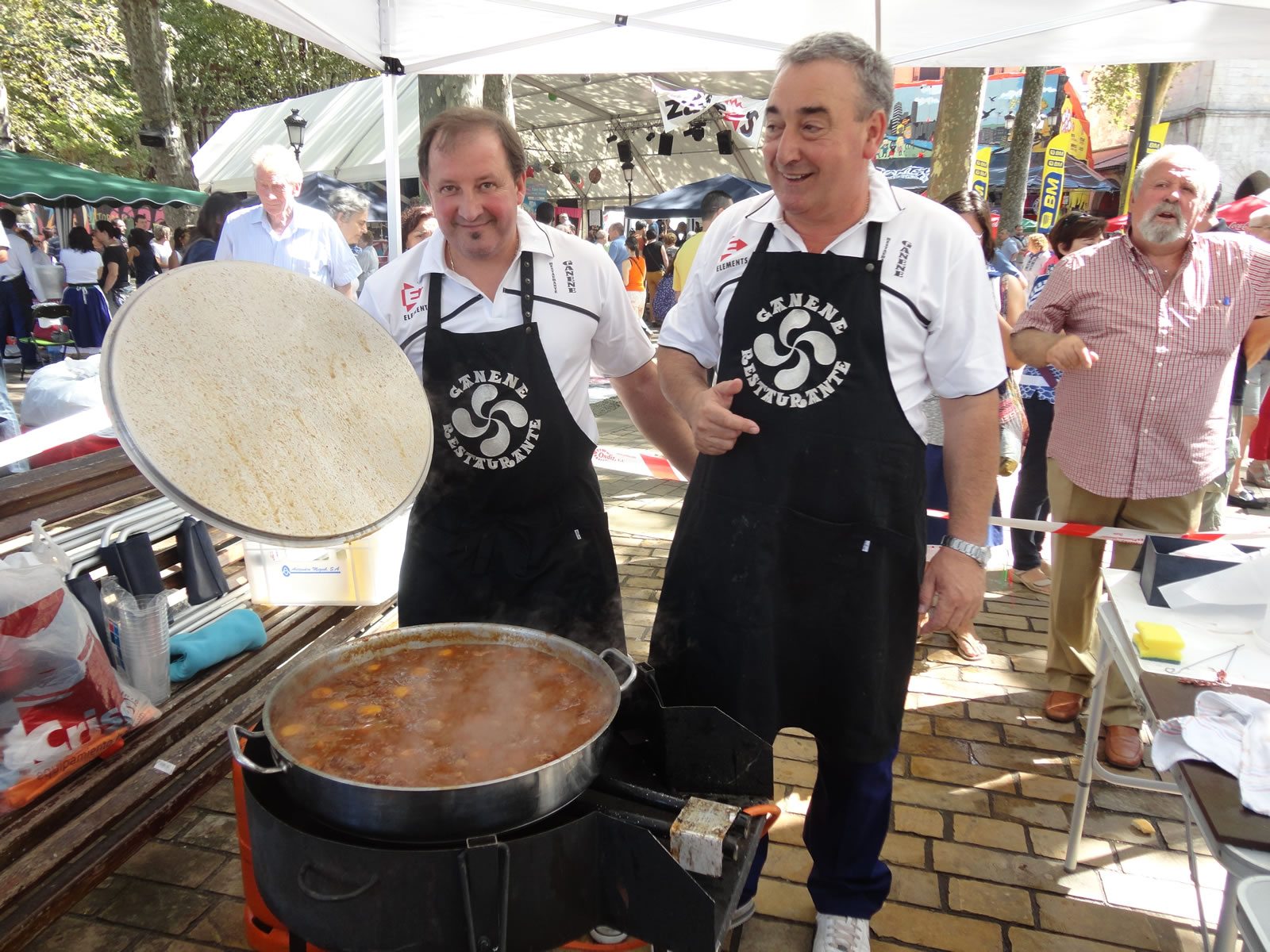 Every year Bilbao hosts a 9-day celebration of all things Basque, the celebration epitomizes various facets of Basque culture, its cuisine and its people. There is a packed schedule of things to see and do, from art, dance and street performance to culinary competitions, athletic events and free fireworks and concerts every night.

While fiestas are common all over Spain, Bilbao’s fiestas took their current form in 1978, after the death of Spanish dictator Franco, the local city government decided to hold a contest to make the city festival more social and participative to include all facets of society and celebrate local culture and language which had been oppressed during Franco’s rule. The result is a liberal celebration that takes pride in the local culture. There is something for everyone from all ages and backgrounds. Locals refer to the festivities in Basque as, “Aste Nagusia” which means “Semana Grande” or the “Big Week.”

The symbol of the fiestas is a lady named Mari Jaia, with her arms raised up high in the air this comical larger than life lady is celebrated by the locals. Her presence announces the beginning of the celebration, and at the end of the week her wooden effigy is burned, the ashes symbolizing that she will return again for next year’s celebration. Jaia, is a Basque word that means, fiesta or party.

Txosnas or Comparsas are groups of family, friends and neighbors who represent the different social spheres of Bilbao. These organizations are responsible for bringing life to the party, participating and competing in the various contests held throughout the week. Each txona prepares a booth where they host meals, sell food and beverages and hold nightly parties and shows for the public. The Arenal is the main area of Bilbao where you can find them. From old to young, txosnas share duties and responsibilities among members to ensure everything is prepared for during the fiestas.

What to expect during the fiestas:

The agenda during fiestas is filled with activities nearly every half hour, the plazas, parks and outdoor venues of the city become host to street performances, children’s activities, local dance and traditional music. Traditional sports, cooking contests and shows are spread out throughout the city. Don’t try to plan too much, walk around and take in the atmosphere, the day time activities are more family oriented and cultural, after the fireworks competition, the evening party begins and goes on until the next day!.

See Places of Interest on the map next.