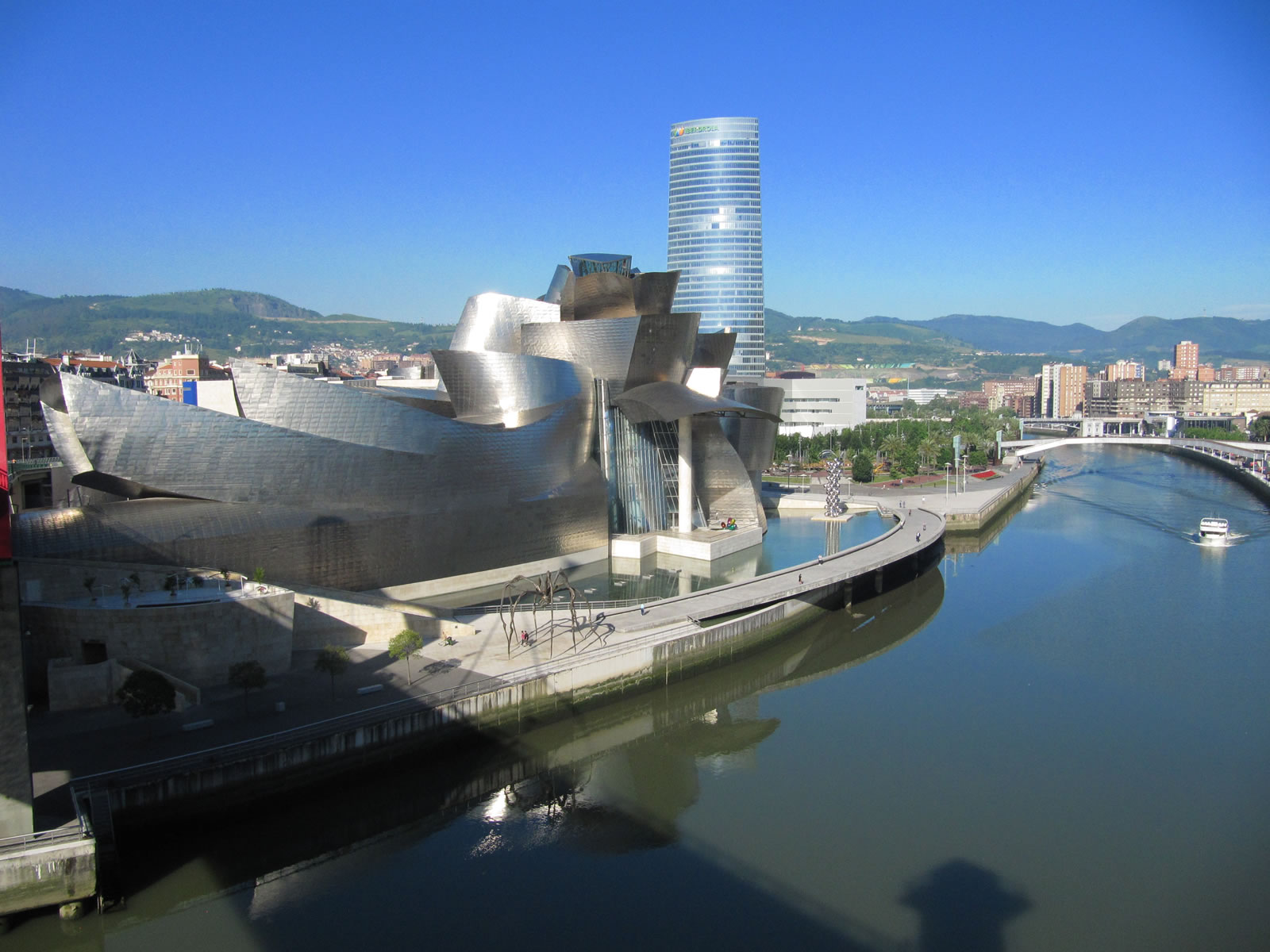 The Guggenheim Bilbao Museum has been a success story for many reasons, not only was it a breakthrough in architecture and design, but also a catalyst for the city’s broad urban and economic transformation. Its success has been studied by research and universities around the world.

A master piece by American architect Frank O. Gehry, the Guggenheim Bilbao is the ultimate symbol of vanguard modern architecture of the twentieth century. With over 24,000 m2 of space, of which 11,000 m2 is exhibit space the spectacular building is perfectly integrated with its surroundings and the Nervion River.

Gehry hand selected this location to build the museum, his idea was to be able to see the museum from three different perspectives. The design of the building was inspired by the shapes and textures of a fish. From the river the museum looks like a boat, in homage to Bilbao’s shipbuilding past. From above, the building looks like a steel flower. The building is a sculpture, a work of art in itself.

Without a single flat surface, the structure is made of curved lines and wavy geometric shapes. Built using limestone, glass and titanium it is a splendid example of deconstructionism, and considered by American architect Philip Johnson, one of the greatest buildings of our time.

The museum belongs to the Solomon R. Guggenheim foundation, it features contemporary art with both permanent and rotating exhibits. Since its inauguration in 1997 the museum has received over a million visitors a year. The impact of the museum on the city and economy has been extraordinary, promoting tourism in the region and revitalizing many public and private spaces.

Enjoy the Artxanda´s Funicular next.