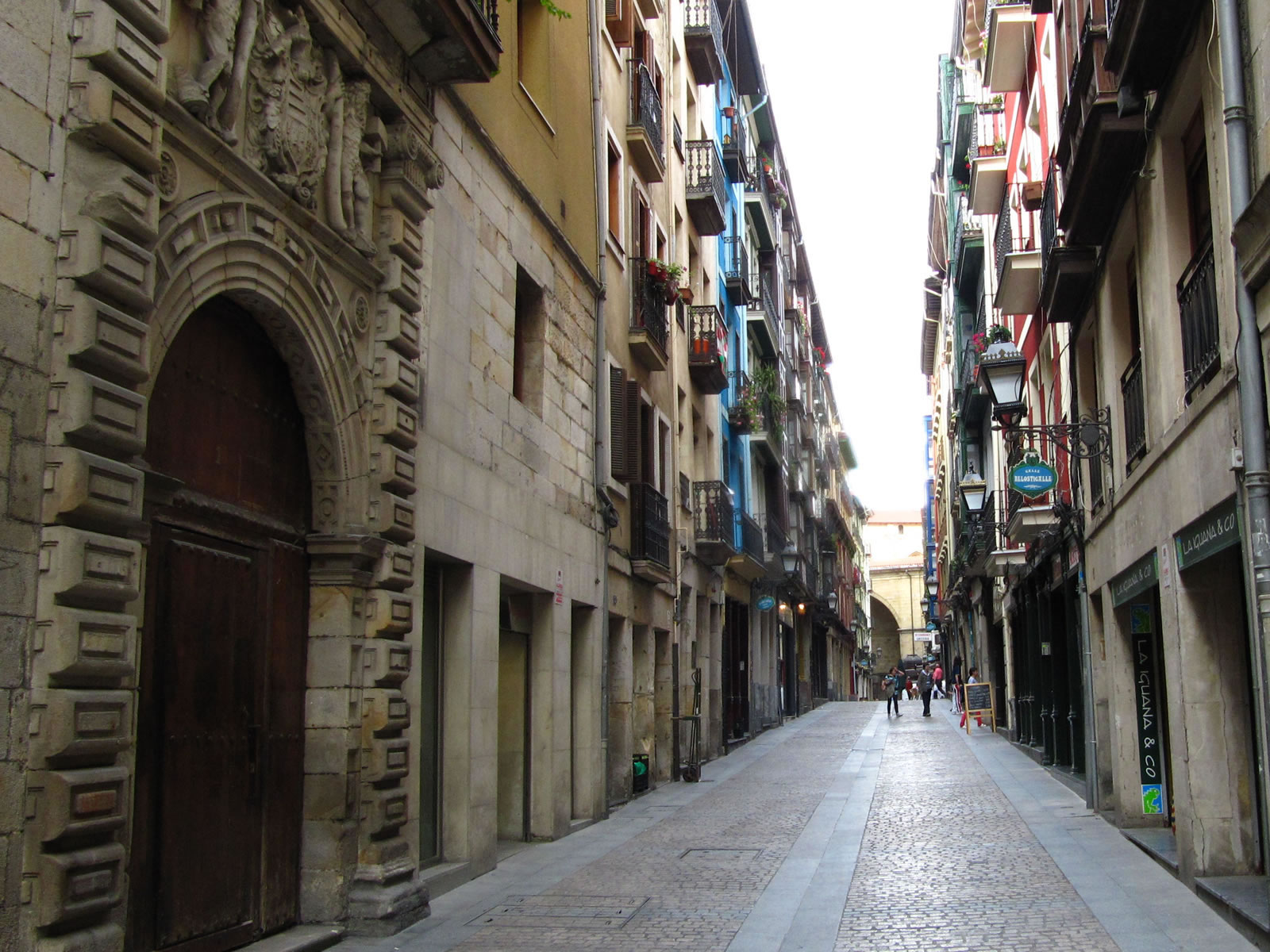 Affectionately referred to by its inhabitants as “El Botxo” the city of Bilbao is located in a valley surrounded by gently sloping mountains. It is home to the Guggenheim museum, a wonderful Casco Viejo, riverfront promenade and the local soccer team Athletic Bilbao.

Located only 12 kilometers from the sea, the river Nervion winds its way through the city connecting Bilbao’s historic 1000 year old Casco Viejo to the modern museums, bridges and walkways that reflect its future. The city is home to over 350,000 inhabitants and the surrounding metropolitan area has a population over 900,000 making Bilbao home to almost half of the population of the Basque Country. It is the social, economic and cultural heart of the region.

Bilbao dates back to the 12th Century, along the Nervion River there once stood a gothic temple called San Anton that was the meeting place for trading wool, wine and wheat which came from Castilla. This location is where city’s long commercial history began, ships would travel up the river to this meeting place and load merchandise for trade with Northern Europe. Today, this trading post is the location of the biggest covered market in Europe, the Mercado de la Ribera.

In the year 1300, Don Diego López de Haro founded the villa of Bilbao in the interest of promoting trading possibilities and building the reputation of a post frequented by sailors, fisherman, mill workers, iron smiths, farmers and miners. The city of Bilbao was officially born.

Three hundred years later in the sixteenth century the first modern ship building factories would be built along the river. Bilbao became recognized as a strategic commercial trading point in the Atlantic. The city which up until this point was composed of the Siete Calles (Seven Streets), which still exist today, began to expand.  Commerce in the form of trading, ship building and mining gradually began to expand to both sides of the river and along the Arenal (sand embankment) with new buildings and walls being built to support growth. Pilgrims en route to Santiago de Compostela also took advantage of the growth of Bilbao as a commercial center and stopover on the long route to Santiago.

By the eighteenth century, a growing wealthy class began construction of palaces along the streets of Bidebarrieta and Correo, and in the nineteenth century the Plaza Nueva and Ensanche de Abando were built, marking the shift from the Casco Viejo to the left bank of the river now considered the city center.

The Guggenheim Puts Bilbao on the Map

In the early twentieth century, Bilbao was considered the industrial capital of the North of Spain. Its diverse urban population grew rapidly with many immigrants who moved to the city in search of jobs in the metal industry.

But the industrial explosion and growth came to a halt in the 80’s as heavy industry plummeted into crisis. The city hit rock bottom with the infamous floods of 1983 that destroyed a large part of the old town, leaving many buildings in the Casco Viejo under several feet of water and debris. During this time, talks began to create a master plan for Bilbao that would transform the city into a modern metropolis.

First the river was cleaned, removing years of contamination as a result of decades of industrialization, houses in the Casco Viejo were renovated and old industrial lands were reformed. Empty factories and ugly warehouses were torn down and replaced with modern buildings designed by the world reknowned architects. The result of urban planning is the city you see today, considered an “modern architectural miracle transformation”. Famous works such as Frank Gehry’s masterpiece the Guggenheim Museum and other well known designers including Norman Foster, Arata Isozaki, César Pelli, Calatrava, Philippe Starke, Federico Soriano, Dolores Palacios and more were commissioned.

Today, the capital of Bizkaia is a prosperous modern city that still maintains strong links to its commercial and industrial past. Its architecture from its old town to modern museums tells a story of rebirth and persistence. Many events held all over the city from theatre to music, to traditional markets, culinary and athletic events and festivals like Semana Grande in Bilbao fill the calendar with activities. The rugged coastline, beautiful mountains, trails and scenic hillsides surrounding Bilbao also have much to offer.

Explore the links and learn more about Bilbao, getting to Bilbao and the Casco Viejo. 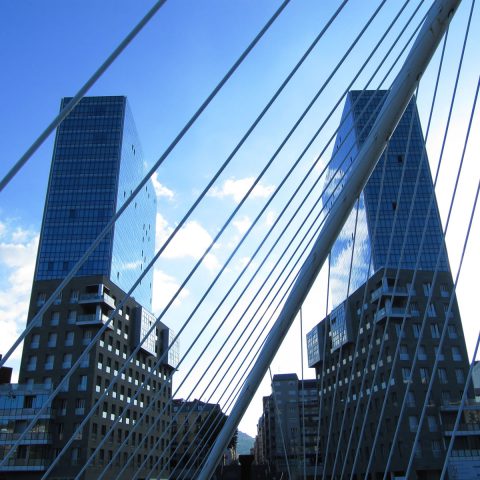