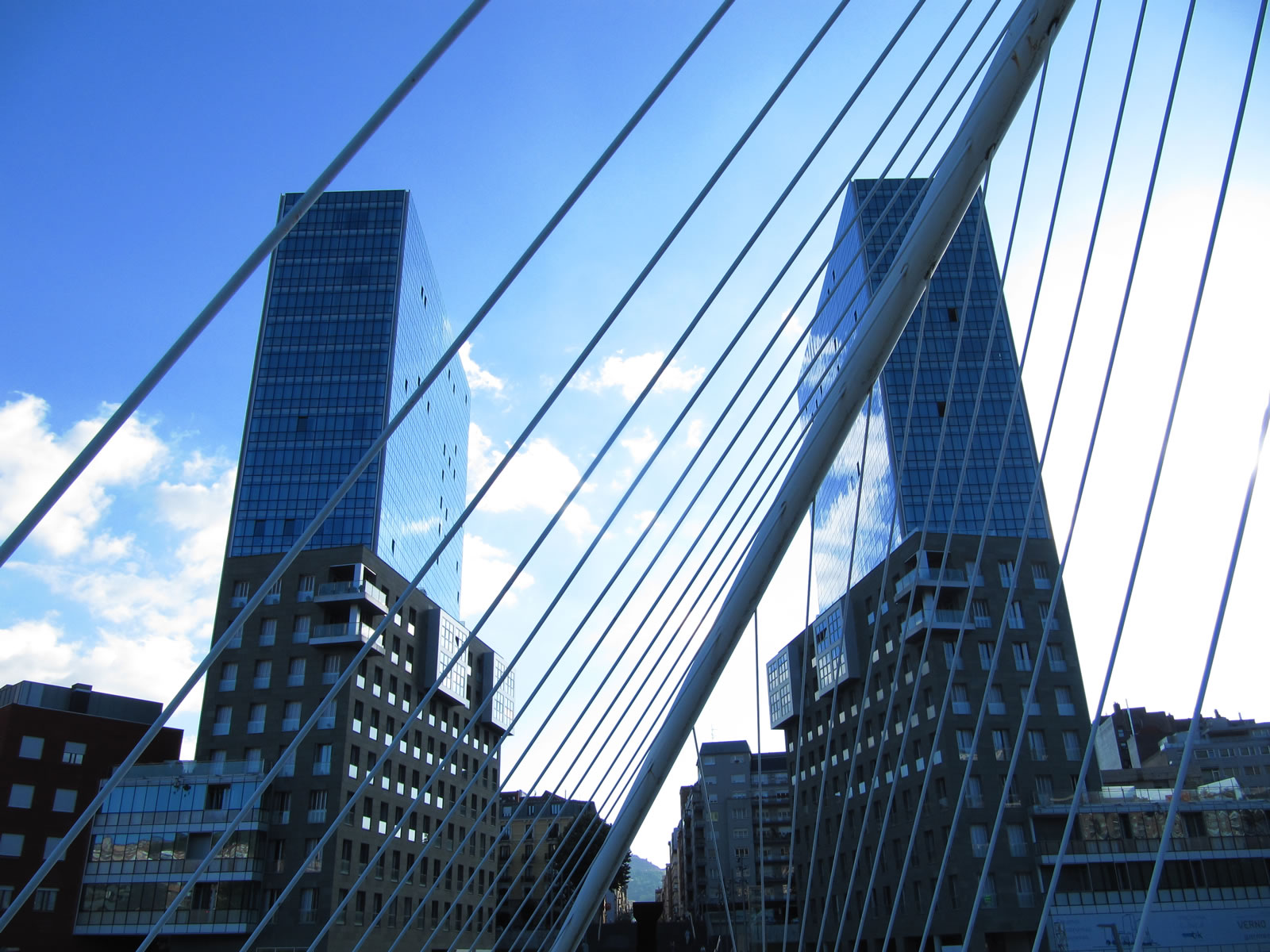 An Urban Miracle by the River

There are few places in the world where such a small region has been the focal point of such radical urban and economic transformation in so short a time frame.

Abandoibarra is the area of Bilbao that hugs the river Nervion as it winds its way through the city. It may be hard for visitors to believe that only a few short decades ago this area was filled with grey warehouses, docks, ship building factories and heavy industry that bled into the contaminated river. Today the landscape is completely different – a wide and welcoming pedestrian walkway lined with trees, the river, now teaming with fish has been cleaned and only the maritime museum or the façade of a reformed warehouse or factory serves as reminder of the city’s industrial past. The heavy barges and dock workers have been replaced by kayakers, river boat tours, tourists, runners and in the warmer months you will even find triathletes swimming in the river training for upcoming races. All this happened in the span of a decade.

The “urban miracle” began in 1998, when a master plan was developed by urban architects César Pelli, Eugenio Aguinaga and Diana Balmori. As a result of the planning, along Abandoibarra visitors can now find some of the most emblematic buildings and architecture in Bilbao: The white Zubizuri bridge built by Santiago Calatrava, the residential and office towers of Arata Isozaki, the spectacular Guggenheim Museum by Frank Ghery, the Iberdrola tower by César Pelli, Euskalduna music hall built by the architects Soriano and Palacios, the new University of Deusto library by Rafael Moneo, the modern University of the Basque Country Bizkaia Aretoa (Hall) by Álvaro Siza, the pink Melia hotel by Mexican architect Ricardo Legorreta and the Deusto Bridge which until the 90’s would open up to allow boats to pass underneath.

Today, Bilbao is a modern city, its old town is connected to the new by a heart shaped river. The buildings, landscape and architecture work in harmony with their surroundings blending the past with the future.

Stroll down to the Gran Via for more.