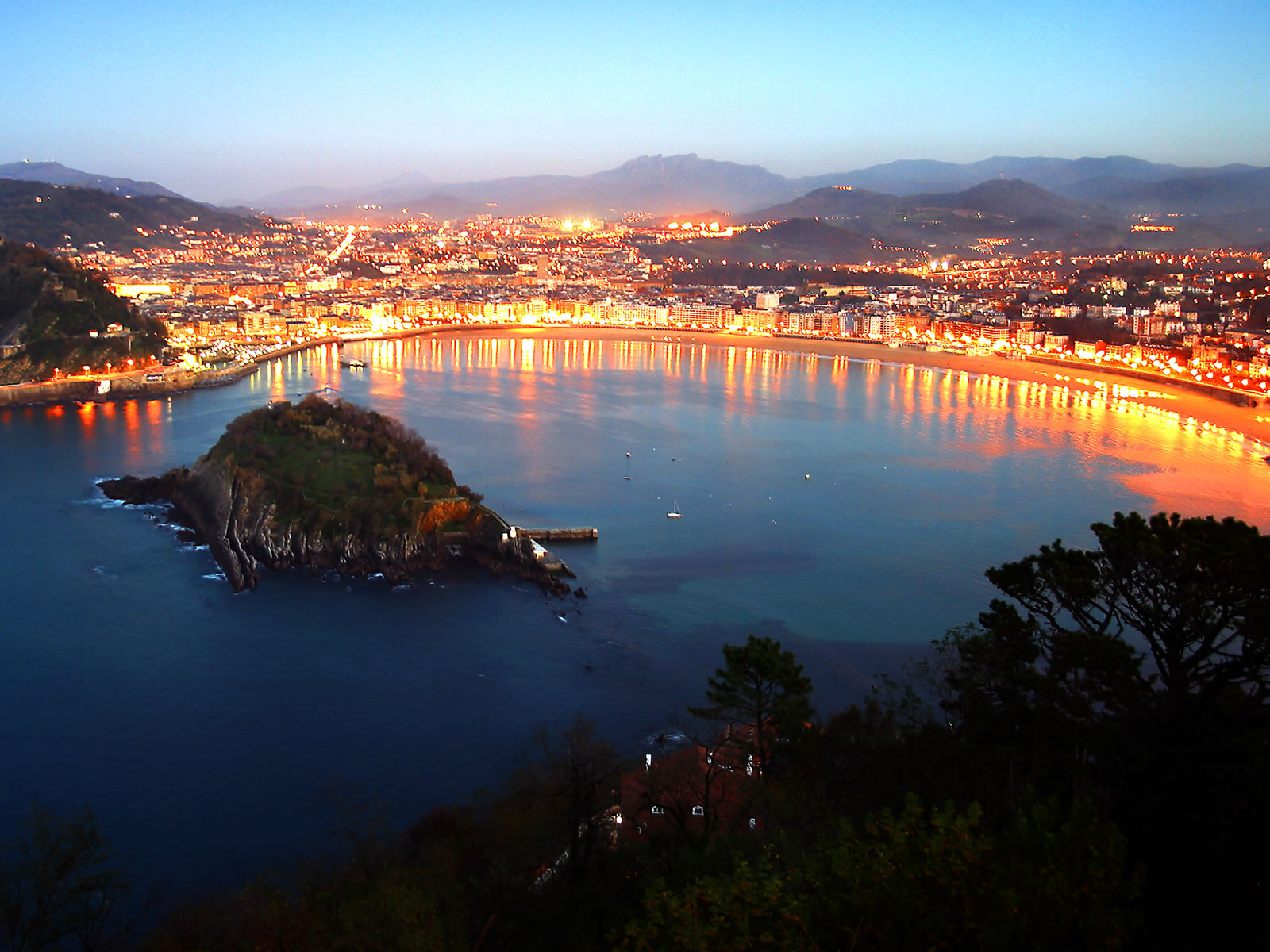 The Pearl of Cantabria

The Azure colored Cantabrian Sea, golden beaches and the green backdrop of the surrounding mountains, makes San Sebastian undoubtedly one of the most beautiful cities in Europe. Only 110 kilometres from Bilbao and 20 kilometres from the French border, the capital city of Guipuzcoa is world famous for its landscape, architecture, conch shaped beach — and its unrelenting love affair with food.

The city of Donostia faces the sea, walking along its beaches and roads you can almost travel the course of the city without losing sight of the ocean. When the sea is rough, the raging waves of the Paseo Nuevo crash upon the protective walls with fierce force, offering spectators an impressive demonstration of the mighty sea. And when the sea is calm, the city is a living postcard of serenity and beauty, it’s no wonder that kings and noblemen from across Europe chose San Sebastian as their summer residence. Today it remains a favourite international destination, ranked “one of the top five resort towns of the world”, by the British newspaper The Guardian, nominated European Capital of Culture in 2016 and is also known for having more Michelin stars per capita than any other city in the world.

San Sebastian happens to be home to some of Spain’s most recognized chefs from Juan Mari Arzak and Pedro Subijana to Martin Berasategui and Andoni Aduriz of Mugaritz among others. Juan Mari Arzak and Pedro Subijana, along with Catalan chef Ferran Adria were the early founders of La Nueva Cocina or Cocina Vanguardia in Spain, a culinary movement from the 80s and 90s that used the highest quality ingredients and innovative technology which revolutionized cuisine into an exploration of the senses.

In contrast to traditional cooking, Cocina Vanguardia focuses on taking the best local ingredients, traditional recipes and presenting them in a creative, deconstructive way  that creates new associations with food. Their influence and persistence in establishing a new style of cooking, the availability of quality ingredients and the strong cultural love for good food and social gatherings (a characteristic common all over Spain) have transformed San Sebastian and the Basque Country into a mecca of culinary delights nonpareil. The city, food culture, ambiance and pace of life invite visitors to see, breathe, taste and experience the region in a new way.

Above the Paseo Nuevo rises Mount Urgull, a former military fort, the climb to the top offers breathtaking panoramic views of the city including: the famous La Concha beach, port, fishermen’s houses, Zurriola and Ondarreta beaches, the Casco Viejo and the mountains that surround the city. Across the bay is Mount Igeldo, and sitting in the middle of La Concha is the island of Santa Clara.

San Sebastian was founded in 1180 by Sancho the Wise, King of Navarre, who wanted leverage the city as his kingdom’s main seaport. In the year 1200 it became a part of the Kingdom of Castile and grew as an important port and commercial area. Halfway through the fourteenth century, the neighbouring city of Bilbao replaced San Sebastian as the center of trade and commerce. Having lost some of the commercial traffic, and after a fire destroyed part of the city in 1489, San Sebastian was then transformed into a military stronghold to protect the Iberian peninsula from invading armies.

Over the next few centuries San Sebastian witnessed many battles, the city was taken several times by the French army. In 1813, the Siege of San Sebastian, a devastating fire broke out which ravaged the city and the bloody battle lasted six and a half days. After the fires were put out only two parish churches and thirty-five houses remained. Once the war ended reconstruction of the city began, protective fortress walls were demolished and the city took on a new urban role. In 1863 the city became the capital of the province of Guipúzcoa.

At the end of the 19th century, Queen Maria Cristina decided to spend the summer with her court in Donostia and lived in the Miramar Palace. This marked a new high in the city as a resort town and respite for the European elite. New noble buildings were built in the city including the Good Shepherd Cathedral, Miramar Palace, Victoria Eugenia Theatre, Hotel Maria Cristina, Villas at Paseo de France and other buildings of the Romantic Area, all designed with a notable French style earning the city the nickname Little Paris or Paris of the South.

By mid-twentieth century, and the beginning of World War I, San Sebastian became the most cosmopolitan city in Europe. The city epitomized La Belle Époque in all its splendour. Through the doors of its casino passed famed European society and characters of the time including Mata Hari, Leon Trotsky, French composer Maurice Ravel, the Count of Romanones, legendary flamenco dancer Pastora Imperio and many more.

Eventually in the 1960’s, industrialization, growth of factories and jobs, brought immigrants from all over the countryside. The city began to grow quickly but was in disarray. In the 90’s, city officials attempted tackle urban chaos with a general plan to make the city more liveable. This is when the Kursaal Convention Center is built by Rafael Moneo, the Old Town is rehabilitated, and the city was modernized while still respecting cultural landmarks. At the same time, emerging culinary trends began to take hold and San Sebastian began to grow as a popular tourist destination once again. 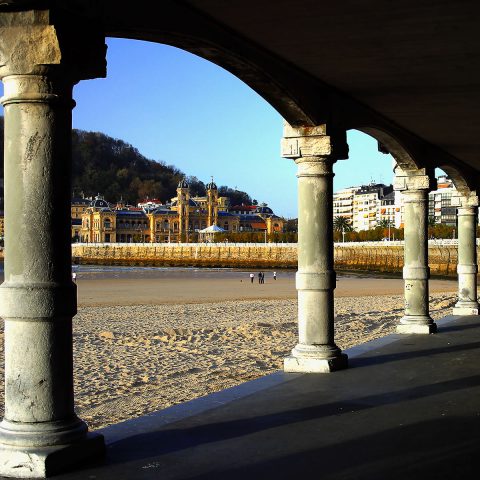 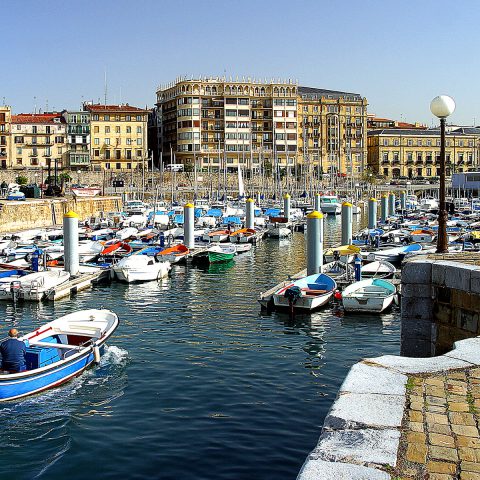 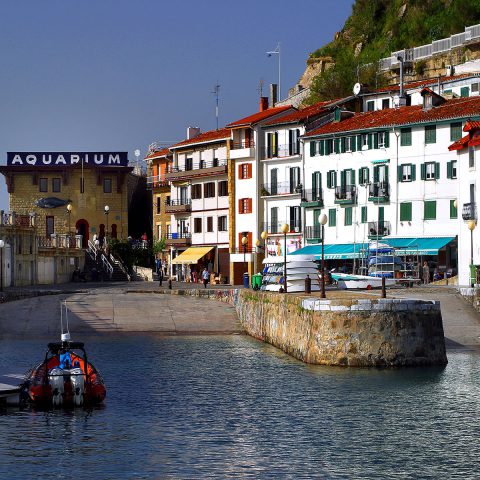